3 Camera Angles for Food Photography You must Know 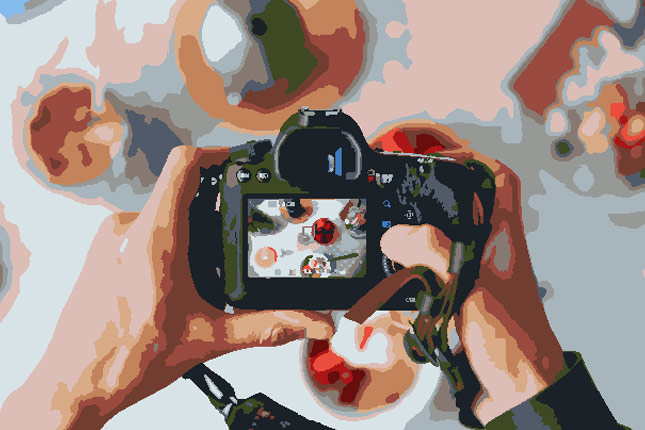 How do I set the scene for a cake? From which angle does a burger look best? What works well with which topic? The topic of today’s post is determining the 3 best camera angles for food photography.

After all, what could be worse than working on a cake for hours, photographing it, and then learning that the exquisite embellishments on top are obscured by the angle you shot it from?

Take your time inspecting your treat before photographing it. Which angle or angles are the greatest for staging them and emphasizing their unique features? Of course, this works even before the food is done. All you need is a little imagination.

As with everything in food photography, however, these angles are only guidelines and not set in stone. Even 25° or 75° and anything in between is allowed and encouraged, as long as it benefits your subject. So be brave and experiment; just give it a try.

Here are the three most common Camera Angles for Food Photography. 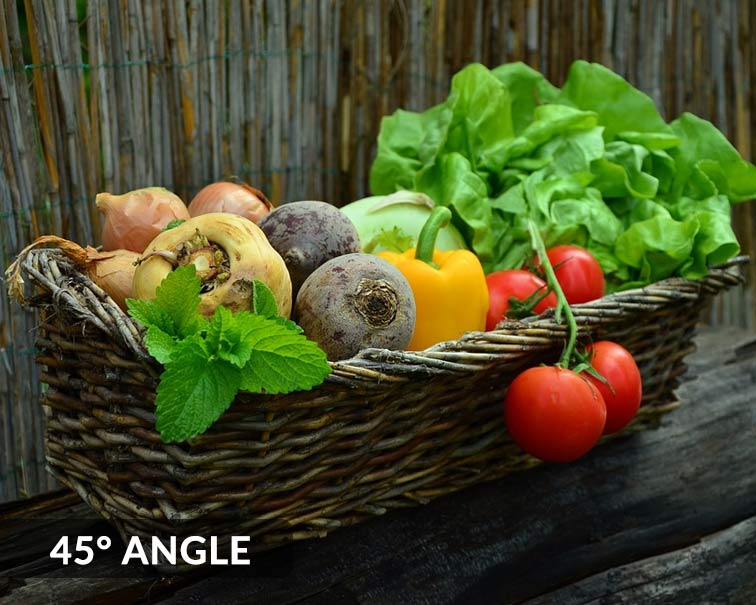 The so called “45 degree angle” includes also the 25-75° range to be flexible. It’s basically anything in between a straight-on and a tabletop, which we’ll get to in a second. It’s hard to say when a shot taken in this range will look best because it relies on how much detail is just on top of your topic.

The viewer is struck by the naturalness of this camera perspective. This is due to the fact that it closely correlates to the angle we have when we are sitting at a table with food in front of us.

It is very useful for displaying different levels as well as the depth of a dish. For instance, the cut of a sponge cake roll and its stretched shape.

This is most likely one of the most common food photography camera angles. It’s ideal for shooting food up close and whenever there are layers or height to the plate, but you also want to highlight the top.

You like this viewpoint when you want to focus on food while blurring some of the background and foreground.

It’s also ideal for photographing smoothie bowls or soups with toppings, as this allows you to show both the toppings and the depth of the bowl.

This is the most commonly used angle for commercial food photography. Because it is so adaptable, it is a popular angle. You can usually see the front, surface, and sides of the dish.

A common mistake made by beginner food photographers is to shoot too much of the bowl, resulting in insufficient visibility of the food inside.

The 45° angle is particularly suitable for:

Tabletop shots are taken from above and shot vertically down onto your plate. As a result, this position makes less sense for towering dishes with numerous levels and tiers that would be hidden.

It emphasizes the shapes, patterns, and positioning of various elements in your photograph. It also allows you to place a greater number of items, allowing you to capture entire tablescapes, for example. Tabletop shots or bird’s-eye views are also excellent for flat dishes.

This is also referred to as the 90-degree angle. This perspective has recently gained popularity, owing partly to Instagram. Because phones have a very wide-angle lens, this is an excellent angle for smartphone food photography.

Learn more about how to photograph a pizza.

This viewpoint has a lot of advantages. It’s useful for incorporating multiple pieces into a scene, such as a tablescape. This makes it an excellent storytelling device. When shooting from above, you might see a variety of objects, ingredients, or food dishes in the picture.

This angle is also generally easier to arrange your photo with than a three-quarters angle or straight-on.

The angle is not appropriate for every type of food shot. It removes depth, which gives an image a more graphic pop, although it is not ideal for all subjects.

A 50mm lens is recommended for this angle. Whenever something can be used to hold a camera. A tripod with a horizontal arm is ideal.

Tabletop shots are especially good for:

The overhead position, on the other hand, isn’t appropriate for every type of food shot. It removes depth from an image, giving it a more graphic pop.

As a result, it is not ideal for all types of food. The above angle highlights the contour of the meal as well as other components of the scene.

Here you photograph your subject directly from the front at eye level. This is why these are often known as “frontal shots.” This straight-on shot captures high dishes, multiple levels, and everything that happens sideways.

This camera position is best for dishes such as burgers or stacks of pancakes. It draws attention to the height of a dish. When photographing burgers and sandwiches, the bun or the top piece of bread conceals what is inside.

As a result, taking the image from anywhere above the meal makes no sense. Remember that the goal is to constantly highlight the greatest aspects of the cuisine.

This position is ideal for tall or stacked dishes when you want to highlight the height and all of the lovely layers. Or if your food is stacked and a greater angle would be insufficient.

This viewpoint is especially ideal for action photos such as drizzles and dusting.

The straight-on angle is particularly well suited for:

When should the camera angles be used?

You should ask yourself these questions when you’re planning your food photos and thinking about what angles you’ll use.

Sometimes, the answer to the first question will tell you which angle you should be using, since some foods work better with one angle than another. When you take a classic straight-on shot of a burger, you can see all the layers inside, and when you take a top-down shot of a pancake, you can really see all the toppings. 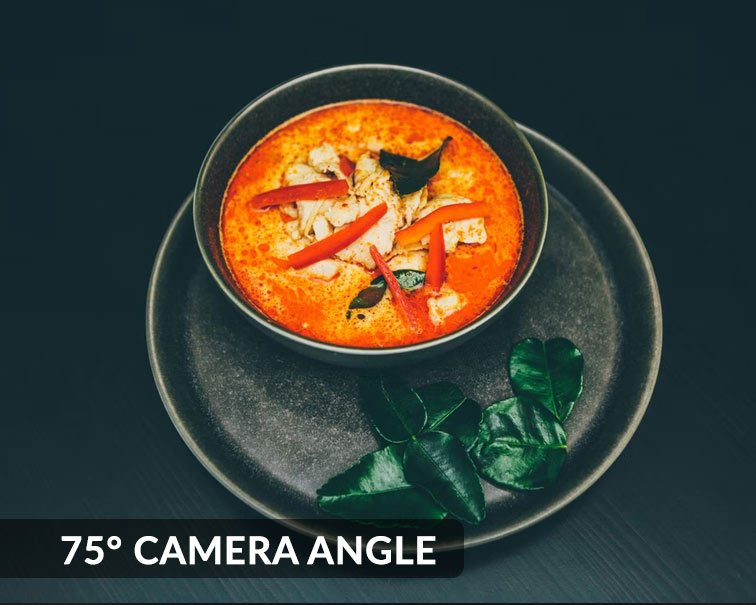 How about foods that don’t have a clear “best angle”? So, the answer to your second question becomes very important at this point. Let’s look at something that is liquid.

The best angle really depends on how you’re styling the shot: if your food is in a clear bowl with lots of detail on top, a top-down or 75°–45° angle would probably work best, but if you’re layering something like overnight oats or a smoothie in a tall glass, a 45° straight-on angle would work better.

If the food has layers, you should avoid taking pictures from above. Use the 25°-75° or frontal shot instead. That enables you, to show everything that’s inside. 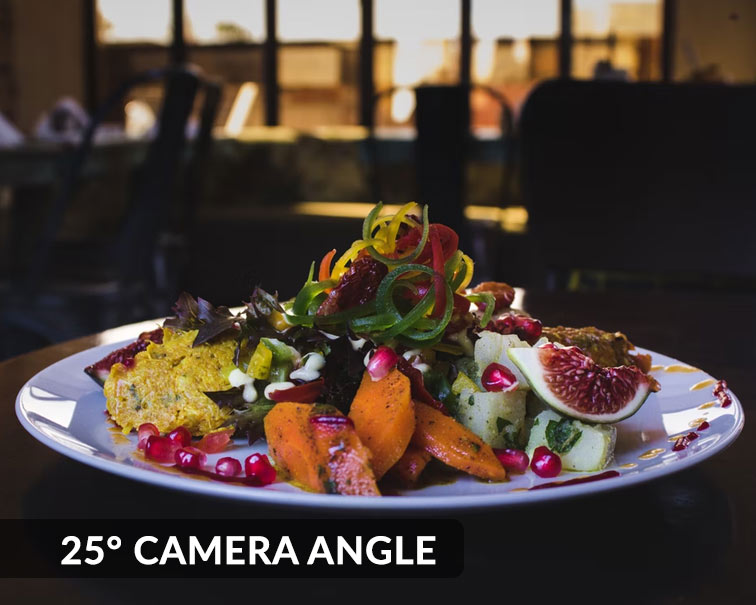 Do overhead shots if the dish is flat or if most of the ingredients are on top.

If you’re taking a picture with your phone, shoot from above or straight on. Stop taking slanted angles. It never looks good and makes you look like a beginner.

Those diagonal shots and Dutch angles might work well for selfies, but if your food looks like it’s about to slide off the photo, your viewer will probably have to tilt their head to see it properly.

Don’t just shoot food from one angle when you’re taking pictures of it. I would even suggest that you do all three. After all, that’s what most photographers do for a living. So they don’t miss anything, they want to talk about everything.

In food photography, it will help you a lot if you know how to use 45° angle, tabletop and straight-on shots. Once you know these angles, you won’t have to waste time trying to figure out how to take a picture of your dish. In the end, you only have three options.

The more you take pictures of food and practice, the easier it will be to do. You’ll learn how to quickly pick the best angle for the things you’re shooting. Planning things out ahead of time can be helpful, but you should also leave room for creativity. 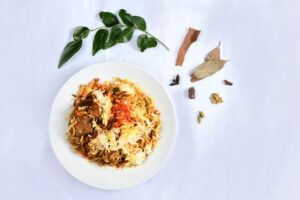 How to Photograph Biryani – 10 Tips for Better Photos 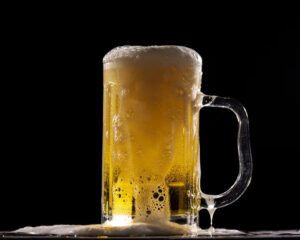 How to Start with Beer Photography 11 Tips and Tricks 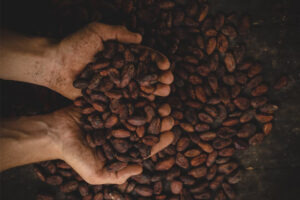 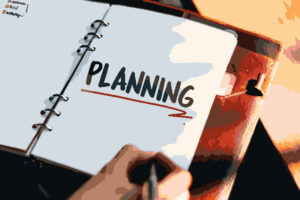 What Are the Food Photography Project Planning Steps?