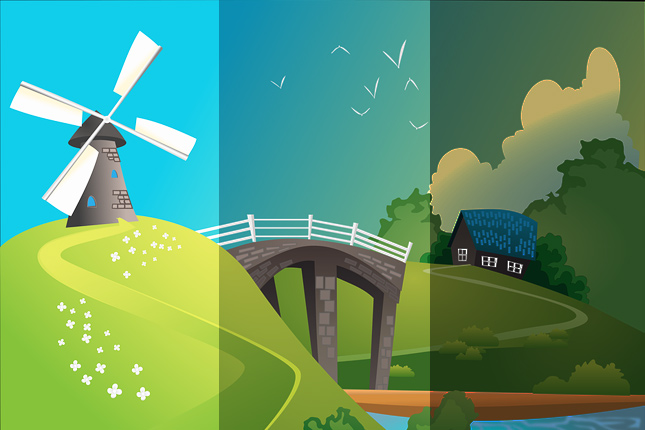 Slowly, the sun is going down into the water. The shutter button is pressed at the right time: “click,” but there is no “clack” sound after the “click.”

In low light, the camera automatically takes a long exposure, so if you don’t have a tripod handy, the picture will be completely blurry. But don’t worry, it’s not hard to adjust the camera yourself, we show the right steps setting the exposure time right.

How do the settings for exposure time, aperture, and ISO work together?

The different terms, like aperture, exposure time, and ISO, sound very complicated, especially to people who are just starting out.

But overall, they aren’t that different from the human eye in how they work. And once you understand how they work, you’ll be able to set the right exposure on your camera.

The camera’s lens hole is called the aperture. When it is wide open, a lot of light comes in. On the other hand, it lets in very little light if it is small and almost closed.

When it’s dark, people’s pupils are also very big, but when the sun comes out, they shrink down to the size of a pin.

The aperture needs to do the same thing: when there isn’t much light, it needs to be opened up.The value of the aperture is shown by a number.

On the front of the lens, it says how big the hole is. It shows how wide the aperture can open at its widest point. Then, in the camera’s settings, you can close the aperture even more.

You can change the aperture with a wheel on the camera or through the menu. There, look under “Aperture” or “f/number” to find the setting.

Each camera model works a little differently here, so it’s best to check your manual for the right settings.

It is the same as how long your eyes are open. When there is a lot of light, it only takes a fraction of a second to take a picture. When there isn’t much light, the eyes need time to get used to the darkness.

It’s the same with a camera. But again, the exposure time should be longer when it’s dark. In Manual mode, you set the time of exposure.

Turn the dial on the housing to “M” to do this. Then set the exact time in the camera’s menu or with its small wheel.

The value of ISO

The ISO number tells you how sensitive the sensor or film is to light in a digital or film camera. The higher the ISO value, the less light is needed for the photo.

But this also makes the image noisier. The photo becomes blurry, has less contrast, and looks grainy, especially in the dark areas.

This part of the camera is the most like the retina in our eyes. The ISO value is set in the camera’s menu.

Like the human eye, these three things depend on each other in the camera. If one value, like the aperture, changes, the other two should also be changed. But while the eye adjusts to the light automatically, the camera has to be set up by hand.

How does the exposure time affect your photo?

A brightly lit beach is exposed for a shorter time than a park bench in the moonlight. But why is that?

Light has to go through the lens and hit the camera’s sensor for a picture to be taken. In old-fashioned photography, film was used instead of a sensor.

How much light gets there depends on how bright it is in front of the camera and how much light the lens lets through.

You can change this by adjusting how long the shutter is open and how big the opening is. You can use a light meter or an app to figure out which settings are best for the way the light is in your own home. With some practice, you won’t need these tools as much.

If the camera moves while the picture is being taken, the picture will be blurry. Either keep the camera still or set the exposure time to a very short amount of time.

Use a tripod if you want sharp photos

The camera is most stable on a tripod or another stable surface, like a table, bridge railing, or the ground. If this condition is met, you can set the exposure time as long as you like without fear of a blurred image.

You should change the aperture setting and the ISO number so that the photo doesn’t become too bright. When you have the camera in your hand, things are different.

Since it’s almost impossible to keep it perfectly still, the exposure time should be so short that the picture is taken before it can blur.

A lot of cameras already have an image stabilizer built-in. But this only makes up for a small amount of camera shake, and you still can’t use long exposure times of a half-second or more.

The maximum exposure time to shoot handheld during the day and get a sharp image can be roughly calculated using this rule of thumb: The exposure time should be at least the reciprocal of the focal length.

The faster the subject, the shorter the exposure time

If the subject is moving, reduce the exposure time even more. So if you want to photograph a bird in flight or an athlete, take the particular movement into account. The faster the object, the shorter the exposure.

Keep in mind, however, that a shorter exposure time makes the image darker overall and requires a wider open aperture to compensate. To compensate, set the aperture to the lowest value that your camera allows.

The examples below show that there isn’t just one right exposure time. Here, we play with the different settings on purpose:

Photo effect: Water that has frozen

To get a picture like this, the exposure time should be about 1/1000 second. Since the picture is taken outside, the sensor doesn’t need to be too sensitive to light, so you can shoot at ISO 100. Here, the aperture is pretty wide open, so only the foreground is clear and the background is blurry.

The water is moving in this picture. Use a longer exposure time, about 1/160 seconds, to get this effect. To keep the whole image in focus, the aperture is shut down to about f/11. For this kind of photo effect, you need a tripod.

Photos with a high-key effect

In a type of photography called “high-key,” the picture is made bright on purpose. To do this, choose an exposure time that is a little bit longer, even if the subject is already well exposed.

Open the aperture wide so that the lens lets in as much light as possible and the subject in the foreground is in focus.

Since the picture above was taken inside, you should raise the ISO a bit. On the other hand, you can set the ISO to 100 or 200 during the day if you want to take high-key photos outside.

Long exposure to a photo

With a long exposure, you lengthen the time the camera is exposed. In this case, the time is 13 seconds. This is often shown as “13” in the camera’s menu. If you now move a light source in front of the lens, the camera will record light stripes.

In this case, a flashlight was “drawn” by moving it while the picture was being taken. Keep the ISO low to avoid noise in the picture. Close the aperture all the way to get a sharp image all over. For these kinds of shots, you need a tripod or another stable base.

With the right settings, you can become a pro photographer

It’s not rocket science to pick the right exposure time. The more you use your camera, the better you’ll get at using its settings. Over time, you won’t need the formula to figure out the right settings, and you’ll know when you need a tripod to keep your pictures from blurring.

So just try something different with the different settings on your camera. You can even set the exposure time on purpose to be longer or shorter to see how it changes the photos.

Every camera is different, and the settings are done differently on each one. Refer to the manufacturer’s instructions for how to use the camera’s menu.

Check the settings by taking test shots before a shoot. Then, if you need to, you can change the shutter speed, aperture, or ISO values to make the pictures look better.

What do letters on the mode dial mean?

You can change the settings on your SLR camera by turning the mode dial. Different camera models may have different names and options for making choices.

Please also look at your camera’s instructions. In “M” mode, for example, some models have a “Bulb” setting that can be turned on.

What is your take on setting the exposure time right?- Let is know in the comments! 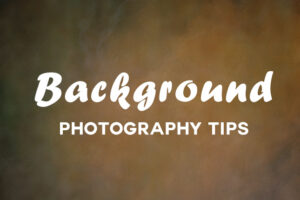 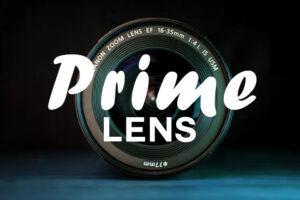