The end of posed photography and the invention of the snapshot. Real-life photography was possible with the first Leica camera.

When Ernst Leitz introduced the Leica 35 mm camera at the Leipzig Trade Exhibition in March 1925, others dismissed it as a toy. They laughed too quickly. The little device, which cost 290 German Reichsmark and came with a leather case and integrated rangefinder, was one of those innovations whose significance changed the photography history.

Taking images had previously been an expensive affair: either one used medium format roll film cameras, which did not provide professional quality. They also used large-format plate cameras the size of briefcases. For just twelve images, a photographer had to carry 5kg of plates, cameras, and a tripod.

The 35mm camera eliminated the weight and inconvenience of photography. Leitz’s camera weighed only 425 grams and was small enough to carry in a jacket pocket. The new 35-millimeter roll film could simply be rewound after each picture. Leitz-Werke in Wetzlar sold 900 units in its first year.

The camera sparked a true mass movement in the years that followed, becoming the weapon of modern photojournalism, unleashing photographers – and their images.

The revolution began in June 1924, when Ernst Leitz II, the head of Leitz-Werke, summoned his managers in Wetzlar (Germany). Previously, the 1700 employees of the optics specialist, founded in 1869, had primarily made microscopes, but the economic situation was shaky.

The question now was whether the corporation should take a chance and produce a never-before-seen technology, a Lilliput camera. Oskar Barnack, the chief of the experimental department, had created it.

Ernst Leitz II ended a longstanding discussion with his closest colleagues concerning the introduction of a “tiny film camera.” It was the most important business decision he had ever made.

His “Yes” to serial manufacture of the Leica and hence the development of a new photography system would shape the photo industry for the next three-quarters of a century.

Oskar Barnack built the first 35 mm camera in 1914 as a snapshot camera to make exploration tours with the camera easier. It was an everyday companion due to its convenient format.

Ernst Leitz II traveled to the United States the same year. He was able to “keep an eye on everything” with the first 35 mm camera, subsequently known as the Ur-Leica, which he used to photograph everything he saw on his journey.

Impressed with the Ur-Leica, Oskar Barnack decided to take up this 35mm camera in 1920 and further develop it with Max Berek, who created the matching lens. The first Leica 35 mm camera was born on this historic day.

Ernst Leitz II made his decision to bring the camera into serial production despite the bad economy, problematic budget, and technical concerns. This was a big risk in a period of huge unemployment and a lack of experience in the construction of a camera that had 190 unique parts.

However, this courage was rewarded with success: a whole new photography system was created. The Leica replaced the frequently heavy and clumsy plate cameras for static single images, and it wowed with its lightweight and convenient size.

Who are the people behind the famous Leica?

In 1920, he became the only owner of the well-known Leitz optical company. Before that, he worked as an apprentice precision mechanic and learned about business at his father’s company.

At first, he was focused on the development of new kinds of microscopes. He gained a worldwide breakthrough with the 35 mm camera, produced by his employee, Oskar Barnack with interchangeable lenses designed by Max Berek.

Oskar Barnack – the Father of 35mm Photography. Barnack worked as a precision mechanic for Ernst Leitz. He is credited with inventing the 35 mm camera. Beginning in 1914, he photographed extensively with the prototype he created, eventually known as the Ur-Leica.

Leitz produced a small run of handmade 10 Leicas as early as 1914. With its light aluminum chassis, this camera is regarded as the predecessor of modern 35 mm cameras. A new patent application was also filed in the same year.

The original Leica already had variable shutter exposure times as well as a link between film transport and focal plane shutter.

Unlike typical cameras of the time, which did not have separate transport and shutter functions, the film used by the Leica could expose 36 photographs in succession.

The camera’s tiny size meant it would be portable and, when combined with a good lens, capable of producing extremely detailed photographs that would enlarge nicely.

Despite the large potential of a modern still camera, it would not be mass-produced for nearly 10 years.

To acquire good picture quality for the necessary enlargement of 35 mm negatives, his colleague Max Berek designed a lens with a high resolving power, which became the standard lens for the Leica, with a focal length of 50 millimeters and a relative aperture of 1:3.5. The Leica was introduced in 1930 with interchangeable lenses (telephoto/wide-angle)

The premiere of the Leica Model A at the Leipzig Trade Exibition in Germany. Leica sold 1,000 cameras in the first year (and had already produced 800 by the day of the presentation).

The Leica A was immediately a large success and was, furthermore, responsible for making 35mm film photography so famous.

The Leica model A was the mother of all subsequent Leica film cameras for the next 30 years.

.What made the Leica A such a success?

Since its creation in 1839, the camera has evolved to meet a wide range of demands, from aerial photography to underwater photography and all in between.

Cameras enable hobbyists and professional photographers alike to capture the world around them.

The hearts of photographers and collectors race. Owning a genuine Leica was and still is considered something very special.

When Oskar Barnack created the world’s first 35 mm camera with his “Ur-Leica” in 1913, he established the groundwork for a photographic revolution – and a century later, the cameras of the traditional brand continue to captivate.

What separates a Leica camera from the competition?

This is a challenging issue for Leica enthusiasts to answer in a single line. Some of them go into an almost ecstatic euphoria. A Leica is distinguished by a number of characteristics.

The Leica brand is synonymous with high-quality lenses as well as high-end cameras. Even before the first Leica, the Wetzlar-based Leitz business was a prominent specialist in the manufacturing of outstanding microscopes, and in glass processing and precise mechanics.

More about Leica:
3 Photographers and the Leica M-D
The Leica Experiment
Oskar Barnack – the Father of 35mm Photography
Leica Celebrates 100 Years
Leica M11 – first impressions and event invitation
Camera that snapped Che Guevara sells for over £15K
Final Review of the Leica Q, 3.5 years in the making
The Leica M9 for Sports? 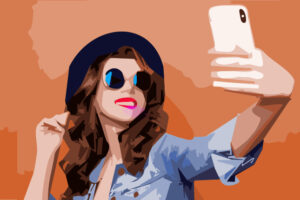 When was the first Selfie invented? 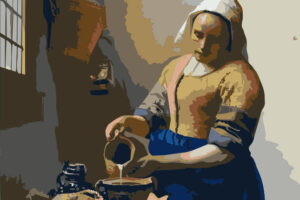 Camera Obscura History and the Discovery of Photography 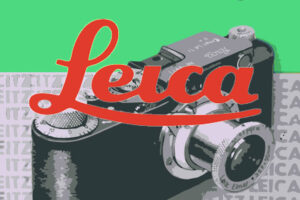 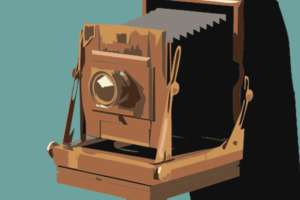